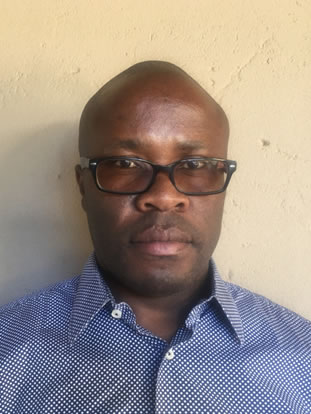 Solani Ngobeni is the Publishing Director at the Centre for Scholarly Publishing Services (Pty) Ltd.

He was previously the Director of Publications at the Africa Institute of South Africa (AISA), an institute of the Human Sciences Research Council (HSRC). He was responsible for publishing scholarly books, monographs, conference proceedings, occasional papers as well as a peer-reviewed, Department of Higher Education and Training (DHET) and IBSS accredited journal Africa Insight. He was also responsible for publishing corporate publications such as Annual Reports.

He holds a Masters of Arts degree in Publishing Studies from the University of the Witwatersrand, Johannesburg. He started his research and publishing career at the Institute for Global Dialogue, Johannesburg in 1999 before joining Juta Academic Publishers/University of Cape Town Press as a Higher Education Publisher in 2000. In 2004 he was appointed as a Managing Director of Juta Learning − a Juta company.

In 2007 he was announced as South Africa’s International Young Publisher of the Year under the auspices of the British Council.

He is a published researcher and has presented papers at both local and international conferences. He is also a regular participant at local and International Book Fairs such as London, Frankfurt, Cape Town, Nigeria, Nairobi, among others.

He is the editor of a scholarly book titled Scholarly Publishing in Africa: opportunities and impediments, Africa Institute of South Africa, 2010.

He has formidable networks not only in South Africa but on the continent through his participation and involvement with the Council for the Development of Social Science Research in Africa (CODESRIA), in Europe through his participation in the European Conference on African Studies (ECAS) which he had attended and hosted exhibitions at their bi-annual meetings in Leipzig, Germany, Uppssala, Sweden, Lisbon, Portugal and Paris, France. He has also participated in the bi-annual meetings of the African Studies Association of the United Kingdom.

No products in the cart.